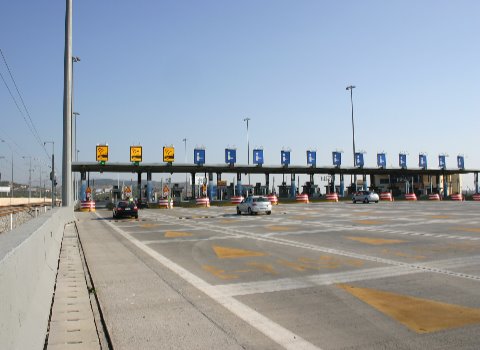 During the Athens 2004 Olympic Games, traffic in Attiki Odos was expected to increase, as a result of the emergence of new users. The new users were not familiar with the operational characteristics of the Motorway, neither with the toll payment methods. Therefore, a series of problems were expected to arise at Attiki Odos' toll gates. It was expected that these problems would negatively impact on road safety and traffic capacity of the toll stations by the creation of long queues which would cause considerable delays. The objective of POLINDE's work was to find ways to tackle these problems. Stage 1 included: • Investigation of the potential problems at toll stations on Attiki Odos during the Athens 2004 Olympic Games • Proposals for tackling the problems Stage 2 included: • Continuous monitoring of the operating conditions at the Toll Stations • Identification of the problems • Implementation of the necessary measures for the improvement of traffic capacity and road safety: provision and training of personnel, setting up of the programme, monitoring of the e-pass lanes' operation and provision of assistance to the drivers.